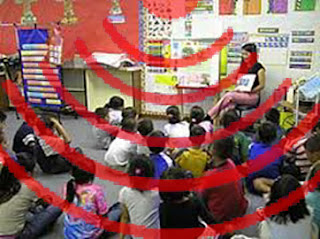 If you are unfamiliar with the issue about Wi-Fi in schools. Please take a look at this program by CBC The National*.


* The Bioinitiative Report - dismissed by Health Canada as not being accepted by "the international scientific community" - was the very study on which the European Parliament based their 2008 resolution to take a "Precautionary Approach" and set stricter electromagnetic waves exposure limits in its 27 Member countries. The European Parliament adopted that resolution almost unanimously, by 522 votes to 16!
http://www.europarl.europa.eu/oeil/FindByProcnum.do?lang=en&procnum=INI/2007/2252

We often hear the comment about the frequency or wattage of Wi-Fi signals being "WAY below Health Canada's standards".

Health Canada's standard is embodied in a document known as "Safety Code 6", which defines the "Limits of Human Exposure to Radiofrequency Electromagnetic Fields in the Frequency Range from 3 kHz to 300 GHz".

Health Canada's focus is on thermal effect or temperature change in the body.

Comparison of our limit alongside other countries' standards:
Read more: http://goo.gl/4pzyE

How about something closer to home?
Dr. Sheela Basrur the Chief Medical Officer of Toronto wrote in a memo to the Toronto Board of Health, Nov 5, 1999:

“There is much more uncertainty related to the nonthermal
health effects of the RF field. Adverse effects that
have been observed in scientific studies in laboratory
animals include tumour promotion, the ability to affect the
blood-brain barrier; the potential to influence the body’s
pain control mechanisms, and the ability to affect sleeppatterns.”

As a result of Prudent Avoidance, Toronto adopted
a standard 100x stricter than Health Canada since 1999.
In November 2007, Dr. David McKeown, the Medical Officer of Toronto, wrote:
“...the Board of Health recommend to Health Canada that public exposure limits for radiofrequency fields under Safety Code 6 be made 100 times more strict as previously recommended...”
To date, Health Canada has not changed its standard.


Why are the standards so much stricter in some other parts of the world?

How can Wi-Fi cause biological dangers?

Numerous on-going studies show damage to living cells.
“...to protect living cells, EMF (electromagnetic field) safety limits must be changed from the current thermal standard, based on energy, to one based on biological responses that occur long before the threshold for thermal changes.”
- Martin Blank, Reba Goodman, Columbia University


Children are more vulnerable because:

Canadian Parliamentary Standing Committee
on Health made up with members from all Federal Parties heard the following testimony from international scientists on Thursday, April 29, 2010:

Dr. Olle Johansson
Experimental Dermatology, Department of Neuroscience,
Karolinska Institute (Nobel prize), Sweden
“...your safety code is completely out of date and obsolete...”
“...it seems that the members of Health Canada do not quite understand the precautionary principle...”

Dr. Annie Sasco
Director of Epidemiology, National Institutes of Health.
Doctoral training from Harvard, 25 years cancer epidemiology
at International Agency for Research on Cancer (World Health Organization):
“If we want to wait for final proof, at least in terms of cancer, it may still take 20 years and the issue will become that we will not
have unexposed population to act as control...
we may never have the absolute final proof. But we have enough data to go ahead with a precautionary principle to avoid exposures which are unnecessary if our goal is to reduce somewhat the burden of cancer in the years to come and other chronic diseases."

Dr. Dimitris Panagopoulos
Dept. of Cell Biology and BioPhysics, University of Athens, Greece
“...I believe that the existing exposure limits are thousands of times above the levels that we have biological effects.”

What do DDT, Agent Orange, asbestos, thalidomide (pills for morning sickness) and BPA have in common?

Safety standards can be slow to change
allowing permanent damage to human health. 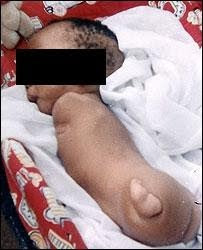 CBC reporter Ioanna Roumeliotis asked Health Canada:
“The fact that there are no specific studies done on children. Does that concern you?”

Health Canada's spokesperson Beth Pieterson replied:
“Not for this. No, it doesn't concern me.”

- Director, R. Samuel McLaughlin Centre for Population Health Risk Assessment, Ottawa (One of the chief Canadian scientists that Health Canada consults with regularly):
"We need to be concerned about susceptible population... Although there have been a large number of studies focusing on radio frequency fields. Everyone really is identifying children as an area where we do actually need more data. "

What can WE do?
Sign a petition requesting Wi-Fi be turned off at our School until there are conclusive long term studies which confirm that daily exposure of Wi-Fi poses no Danger to children.

Computers in School can still function
using wired connections. If we act together, we can protect our children from unneeded Microwave Radiation.


The Precautionary Principle is the international guideline for governments to deal with potential health crisis when consensus in science is not yet available. According to “The United Nations Educational, Scientific and Cultural Organization (UNESCO) – 2005 World Commission on the Ethics of Scientific Knowledge and Technology":

When human activities may lead to morally unacceptable harm that is scientifically plausible but uncertain, actions shall be taken to avoid or diminish that harm.Morally unacceptable harm refers to harm to humans or the environment that is- threatening to human life or health, or- serious and effectively irreversible, or- inequitable to present or future generations, or- imposed without adequate consideration of the human rights of those affected.Actions are interventions that are undertaken before harm occurs that seek to avoid or diminish the harm.
http://unesdoc.unesco.org/images/0013/001395/139578e.pdf

Turning off Wi-Fi is the SAFER choice
for children and teachers in School.