WiFi and Handwashing
What do they have in common? 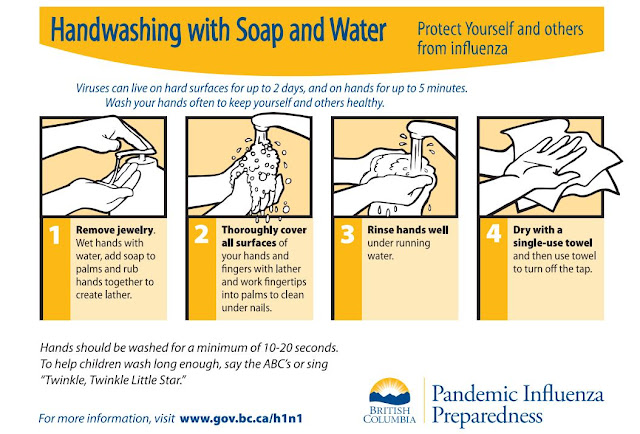 It has been said that those who forget history are doomed to repeat it.

In 1847 Dr. Semmelweiss introduced the idea of disinfecting hands before attending to pregnant mothers in labor drastically reducing the incidence of puerperal fever and deaths in a maternity ward.

Despite reducing death rates from a high of 35% to below 1%, his ideas were not accepted by the Viennese medical community. In those days, doctors would perform autopsies while waiting for expectant mothers to deliver, and proceed from the autopsy room to the delivery room without washing their hands thereby infecting both mother and child. However, the medical establishment was insulted by the insinuation that doctors were infecting patients.

In response, the medical community mocked and shunned him. In 1865 Semmelweiss ended up in "...an asylum, where he died at age 47 after being beaten by guards only 14 days after he was committed."  (quote from Wikipedia)

Today there are bottles of disinfectant at the entrances of public places due directly to the discovery of the largely unrecognized pioneer, Dr. Ignaz Semmelweiss.

It was not until the 1860s when Louis Pasteur discovered the Germ Theory that the mechanism of infection was better understood. Building upon the work of Semmelweiss and Pasteur, Joseph Lister, introduced the sterilization of surgical instruments leading to better
surgical outcomes.  Today, Lister's most visible contribution survives in the form of the Listerine disinfecting mouthwash sold beside toothpaste in many stores.

What is the lesson here? Long before the mechanism of a medical condition is universally accepted, the relationship between cause and effect can be observed through experimentation.

This is the case today with microwave radiation sickness emitted by devices that utilize wireless communication. People suffering from physical symptoms such as pain, nausea, headaches, migraines, heart palpitations, anxiety to name a few, are ridiculed, told their
symptoms are imaginary and widely disregarded.

Long term exposure to such continued radiation result in exhausted immune systems that can no longer cope under the unrelenting stress of pulsed microwave radiation from Wi-Fi, cordless phones, cellphones, game consoles, Smart Meters and other forms of electro-smog.  Such individuals experience a breakdown of the body making them unable to work or to have any semblance of a normal life. Since microwave radiation is so prevalent in modern cities, they suffer in ridicule. Today, only the country of Sweden recognizes electro-hypersensitivity
as a disability.

Microwave and radio-frequency radiation sickness has been documented by the military since World War II. In 1971, the Naval Medical Research Institute of the United States produced a report citing over 2300 references documenting  biological effects of non-ionizing microwave radiation. In 1973, the Canadian government published a report titled, "Environmental Pollution by Microwave Radiation – a Potential Threat to Human Health."

In May 2011, the International Agency for Research on Cancer (IARC) - an arm of the World Health Organization - classified radio-frequency electromagnetic fields as possibly carcinogenic to humans. Research is not lacking.  What is lacking is the political will to protect public health.

Let me close by asking a question:

What do asbestos, DDT, lead paint, BPA and the drug prescribed for morning sickness called Thalidomide have in common?  All were approved for public use by government authorities but were subsequently withdrawn due to irreparable health effects.


The metal lead is also classified by the WHO IARC as a 2B carcinogen, the same as radio-frequency microwave radiation. Lead paint was linked to childhood deaths as early as 1904, but was only legislatively withdrawn from the US market in 1971.  If you wouldn't paint your son or daughter's room with lead paint, or give them toys contaminated with lead, you shouldn't be radiating them with Wi-Fi microwave radio-frequencies either.

BPA or bisphenol A was known to be potentially harmful to humans in the 1930s but Canada only banned it in 2010.

The lesson from history is this: Waiting for legislature and "safety authorities" to protect human health is squandering the health of our children and school staff in the name of following due process.

At the powerful intersection of commerce, politics, education and public health, public health is often the loser. With regards to Wi-Fi in public schools, the question we should be asking is "What environmental toxins can we avoid while preserving the best of what technology has to offer for public education?"  The answer to that is to promote the use of wired computers and to disallow devices which emit microwave radiation in public schools.

Make no mistake: by opting to ban Wi-Fi from public schools, we are being forward looking. We understand the lessons from history. We are choosing to protect life over commercial interests and lucrative service contracts.  We choose uncompromised safety over convenience. We choose health over planned obsolescence.

When we KNOW better, we should DO better.  Isn't it always better to be safe than sorry?