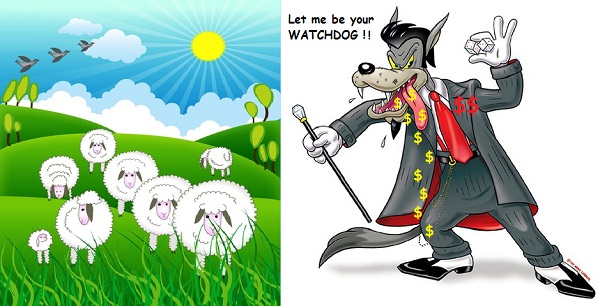 To School Boards and the public: A group of computer software personnel who serve the wireless industry posed itself as a consumer protection watchdog. This group called Bad Science Watch recently issued a report1 to attack concerned scientists and citizens who raise awareness about the well-documented health impacts2 of WiFi and wireless technology, especially on children.


The committee chair of this report, Gem Newman, is the lead developer at Invenia Technical Computing3. Invenia's customers are utility companies who are rolling out radiating wireless smart meters4. Committee member Adrian Powell is a software contractor. No one in this committee has any credential regarding the interaction between electromagnetic radiation and human biology.


Just like the tobacco and asbestos industries have done in the past, this group diligently promotes the myth that there is no risk from WiFi radiation. They ignore all peer-reviewed scientific studies showing harm of microwave and electromagnetic fields on animals and humans, and ignore the calls for precaution by legitimate doctors associations5, the International Agency for Research on Cancer6, the European Parliament7, the Council of Europe8 as well as scientists around the world who conduct research on electromagnetic radiation.


Swisscom, Switzerland's largest IT services provider, recognized the genotoxic effects of WiFi routers. The science behind was elaborated in Swisscom's patent filed in 2003 when they attempted to reduce such danger through an automatically-deactivated router design18. Unfortunately, North American manufacturers have not adopted this patent, but continue to produce WiFi routers which bombard humans and all living beings with microwave beacon signals, 24/7.


In December, 2012, The American Academy of Pediatrics (AAP), representing 60,000 pediatricians and pediatric surgeons, warned against "the potential dangers of RF energy exposure" on children and pregnant women: "The differences in bone density and the amount of fluid in a child’s brain compared to an adult’s brain could allow children to absorb greater quantities of RF (radiofrequency) energy deeper into their brains than adults... the current exposure limits may not reflect the latest research on RF energy".9


In October, 2011, Health Canada encouraged parents to reduce children's radiofrequency exposure, because “children are typically more sensitive" and "there is currently a lack of scientific information regarding the potential health impacts of cell phones on children".10


Industry propagandists have no regards for the health of children as long as the negative health impact of WiFi and wireless devices remains inconclusive, as long as the archaic radiation exposure limits of Health Canada doesn't change, and the profits from the sale of such technology is not affected. They even exploit low income families, making up an absurd excuse that these families “rely on wireless networks”. Any experienced professional can instantly debunk this lie. Wireless is a convenience (at the expense of health), but not a necessity. Children from low-income families, just like children from any family, need a safe and healthy environment for them to grow and learn. Wired connection provides fast and secure access to the internet and educational resources, without the risk of radiation. In most instances, wireless mobile devices such as smartphones and tablets cost more than wired equipment and are designed with planned obsolescence to drive product sales.


As more and more voices around the world draw the public's attention to the potential danger of WiFi and wireless technology, it is not surprising that the industry makes extra efforts to obfuscate the picture18. This report called Investigation of Anti-WiFi Activism claimed to “investigate the motivations, funding sources, agendas, and conflicts of interest”. Ironically, it is the report's own publishers who are full of conflicts of interest.


Executive Director of Bad Science Watch, Jamie Williams, is a software developer for Layer 7 Technologies which supplies software for smartphones, tablets, wireless smart meters as well as Cisco WiFi routers (access points) which are aggressively marketed to school boards across Canada11. Also, BSW is a spin-off organization of Center for Inquiry12 which is financed by electronic tycoon Lorne Trottier. 13. RF/EMF emitted by wireless devices has been classified by the World Health Organization as a 2B possible cancer risk while Trottier's Oncocyme Pharma specializes in selling cancer treatment14. Shall we ask: who has “financial motives”?
(N.B. Trottier's relationship with the wireless industry is explained here: http://www.safeinschool.org/2013/04/conflict-of-interest-influences-emf.html)


Conflict of interest is a rampant problem that hinders the science on electromagnetic radiation15. Instead of following profit-driven corporate agendas, school boards and parents must examine non-industry funded, independent research16 and professional opinions of genuine experts17.


In 2010, Dr. Annie Sasco - Teaching fellow of Harvard University and former Chief of the World Health Organization's Cancer Control Programme - testified to the Canadian Parliament Standing Committee on Health, “With regard to electromagnetic fields, we have, of course. more than plenty of evidence of exposure... We may never have the absolute final proof, but if our goal is to reduce somewhat the burden of cancer and other chronic diseases in the years to come, we have enough data to go ahead with a precautionary principle to avoid unnecessary exposure.”19


We as parents support the use of technology as a tool in education, and believe that wired connection to the internet is the best way to provide educational benefits without long-term health risks for children. Unfortunately, avoiding unnecessary exposure for health is not the priority of trillion-dollar corporations.


21st Century Learning was a marketing scheme invented by IT giants Cisco, Bill Gates and Promethean through their Global Education Leaders' Program (GELP)20.


Aptly stated by Tara Ehrcke, President of Greater Victoria Teachers' Association: “To sell more IT products, the 21st Century Learning advocates create a need for those products. No longer should schools spend their resource and IT budgets only on textbooks and computer labs. Anytime, anywhere, collaborative, integrated, blended learning requires a massive infusion of new IT products.”21


If children need SMART wireless gadgets to make them smarter, why do Silicon Valley executives send their children to no-tech Waldorf schools?22


Increasing profits and market share are the priorities of corporations. Their marketing machines crawl through commercial, political and educational institutions. They crawl through the internet and the media, even disguised as consumer advocates, citing industry-funded studies to mitigate the harm of wireless technology shown in non-industry-funded studies, attacking citizens' right to take precaution, and mocking parental protection of children's health. These are the same shameful tactics employed by tobacco companies for decades, while numerous deaths resulted from their delay and denial.

Nobody but parents has the biggest stake in our children's health and well-being. We refuse industry propaganda which promotes their business but pretends to speak as our watchdog. NO, THANKS!


Parents for Safe School and SafeinSchool.Org